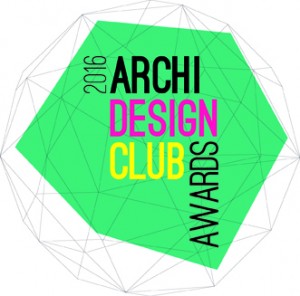 The project is part of a larger program for the Centre des Monuments Nationaux, a French public organization that manages important French heritage monuments. The global program is to reorganize the public access spaces for about 30 monuments.

The project for the public reception spaces leading to the Chateau de Carcassonne’s visit is thought in the barbican preceding the castle. The Carcassonne medieval town as well as the castle are protected by the Historical Monuments French law and are part of the UNESCO world heritage.

The integration of the project in this medieval site depended on two issues:

– Respect the site’s history,
– Withdrawal of the project to the monument’s profit.

The barbican of the Comtal castle of Carcassonne is a half-moon shaped construction, which’s battlement is set on a semi-circular form with in its middle a tower-door. The barbican is composed in order to offer a central space open on the castle and on its moats. Only the tower-door was preserved as a ruin until the end of the XIXth century, the bulwarks and the tower-door’s frame were rebuilt by Viollet-Le-Duc’s restoration campaign between 1890 and 1910.

The new project is built in this medieval construction by leaning a new wooden structure against the bulwark within the tower-door’s width. The project’s aim is to keep the free central space made for that purpose in the original defense design. The structure is made with wooden beams set in the historical hoarding holes to hold a suspended façade that could be assimilated to the medieval machicolation that used to complete the battlement construction. In this way, the reception spaces are organized as a double width of the bulwark and can be seen only after having penetrated the barbican and having seen the Comtal castle.

The reception program stipulates that the ticketing, the control post and the information office as well as a few technical rooms are to be organized in this new construction. The functions are therefore developed in two wings on each side of the tower-door and organize the visitors’ pathway to structure their flow. This way, the central place is kept vacant, not being a place for visitors to mass themselves, and can stay open for the view on the castle.

The wooden structure that composes the building’s envelope is deliberately simple, sober and sleek without willing any picturesque reference with the medieval architecture to prevent an amalgam between the historical military construction and the new building made for touristic functions. The form and the materials are nevertheless a reference to the site’s materials with which the project wants to be in coherence with. The building’s form seems to be like an inverted structure of the historical hoarding in which the receptions spaces are fully accessible from the ground floor. The perception of the visitor when looking down on the barbican from the Comtal castle is also thought about: the visitor can see the major beams resting in the original hoarding holes under which is fixed a wooden deck as can be seen on the rest of the medieval construction restored in the XIXth century.